Design an eTrading plattform for Foreign Exchange Traders that meets the requirements of professional traders.


I was called in by executing agency Divio to help the Zürcher Kantonalbank to reboot their custom eTrading platform. The assignment was one of the most challenging parts of the project: the foreign exchange trading application «eTrading Pro FX».

I did the research, design and prototyping as well as the handover to visual designers and developers.

An important reason for the redesign was the significant number of wrong trades being made. Traders would accidentally sell instead of buy, or they would pick the wrong settlement date for trades. These erroneous trades produced a considerable and unnecessary financial burden and were the result of the poor interface.

I worked alongside the project manager from ZKB, and we focused on the ease of use and a task-driven approach that meets the needs of the various types of users. We went through several iterations involving research, prototyping and user testing." 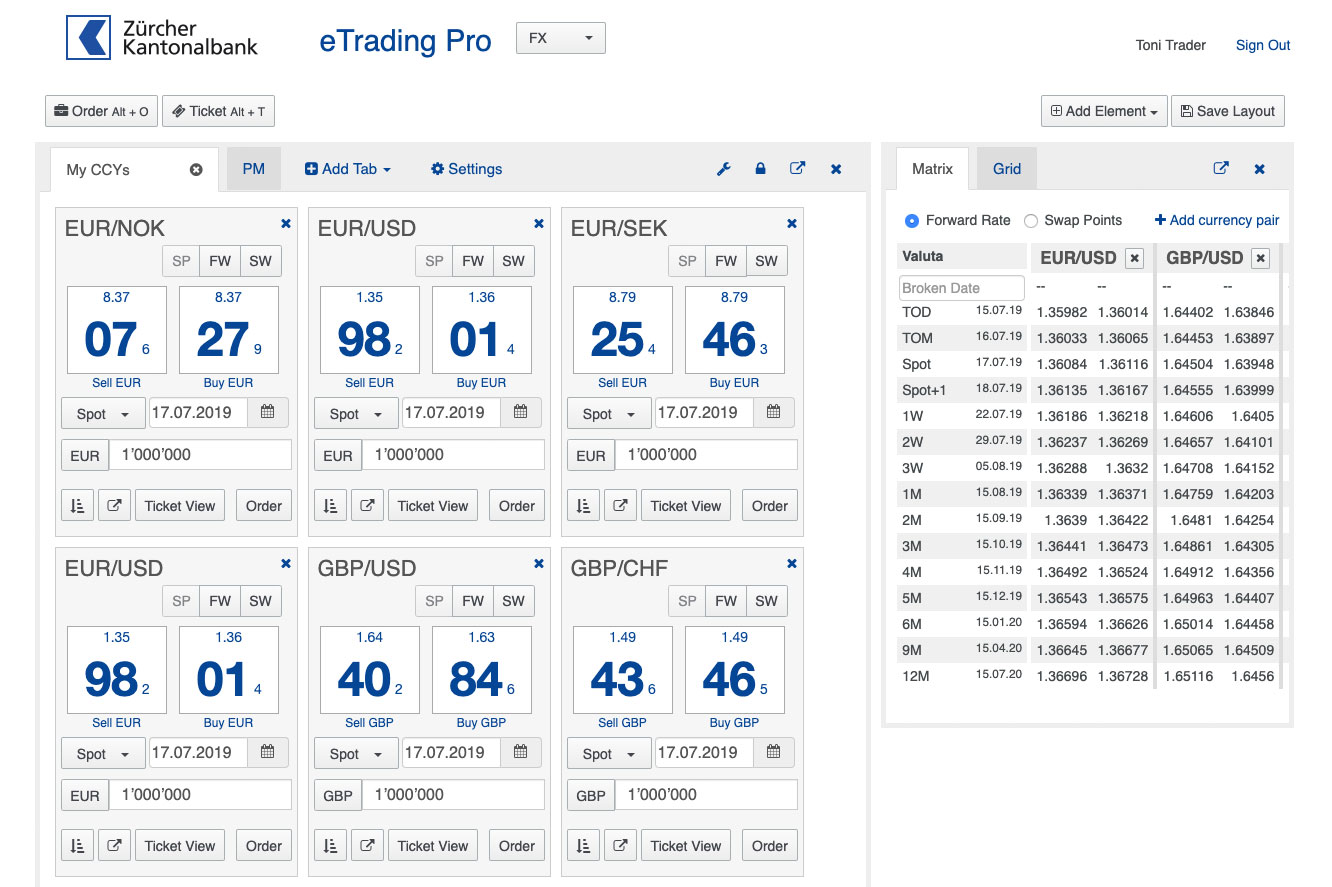 The project started with a research phase. I conducted contextual inquiries where I would first gather insights into how users were working at the time, letting them show me what their work is and how they go about it. I held several workshops to learn about user-needs and tasks and continuously collected feedback on existing solutions (1).

We also collected existing ideas from management which they had expressed in wireframes (2). These insights helped us manage expectations and recognize inputs that we had not heard in the interviews with the traders.

The first phase of the design was relying on drawings (3) to quickly get a feel if we were going in the right direction. Only then did I move on to a digital prototype. 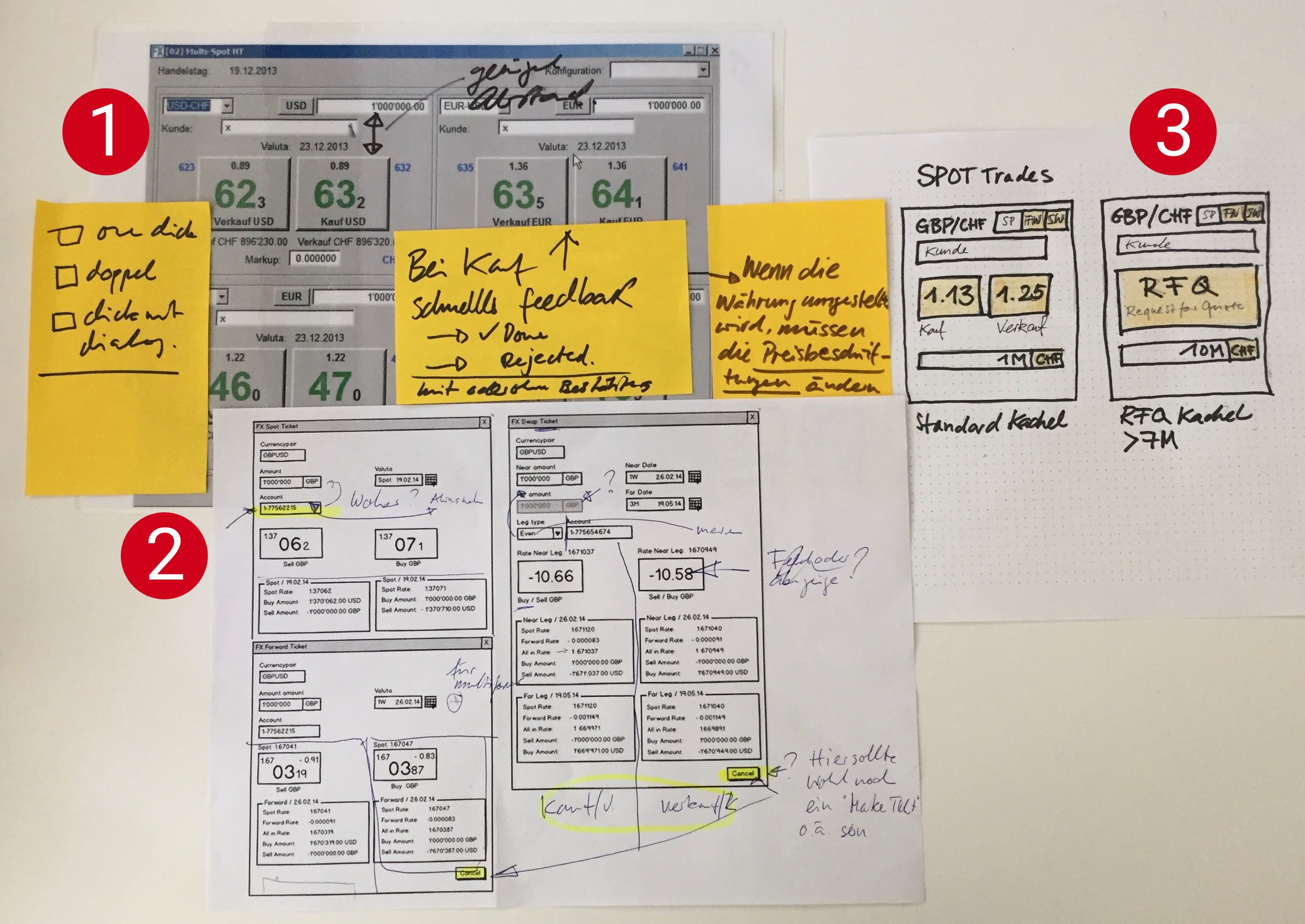 The Need for Speed

Foreign exchange trading is a time-sensitive business with quotes changing at a high pace. I built a dynamic, clickable prototype that would reflect how data changes as accurately as possible. The traders had told us early on that speed was essential. They perceived the current solution as slow and cumbersome. It was not until well into the iterations though, that I discovered on which level they were thinking. It came down to small, but essential details. For example, they expected that entering "3m" would automatically expand to 3'000'000 or that to give a quote they would only have to set the last two digits of each price. (watch the video for reference.)
The traders' expectations made me focus on designing the interactions on a very detailed level.

I built a prototype that behaved exactly how the users expected it. The key elements were using very realistic data, paying attention to details and going through various iterations of prototyping and testing the design.