Research and design of a chatbot that helps users to find suitable gifts in an entertaining and simple way.


Finding a good gift online today is a time-consuming undertaking despite - or perhaps even because of - the broad choice. On geschenkidee.ch customers can find gifts in an interactive and entertaining way in a short time that fit the person and the occasion thanks to their chatbot eedi.

We were commissioned by geschenkidee.ch to research the topic "Gifts" and to create the concept for the chatbot based on the research.

The chatbot project with geschenkidee.ch has a story preceding it: in autumn 2016 we decided to send a slightly more special Christmas card: Besides the holiday greetings, the cards included a link to Got A Bot, a gift finder we had created especially for this occasion. The chatbot was rudimentary, so was the way it asked users questions, yet it delivered surprisingly fitting gifts. The response was very positive and the following January we were asked by geschenkidee.ch if we could develop a new edition of the chatbot for them. 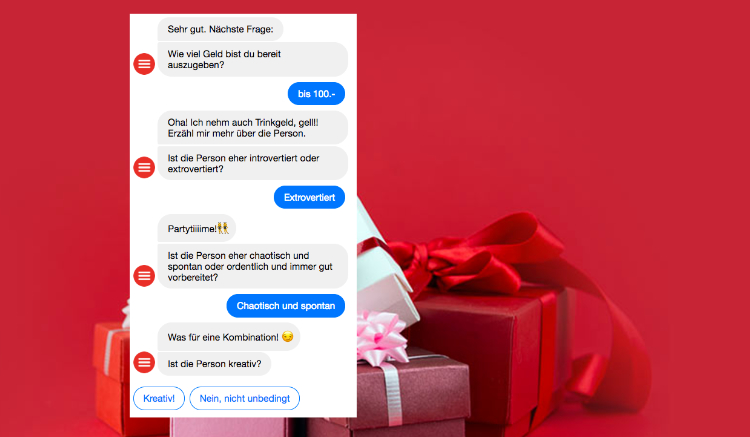 The original concept of the chatbots was based on the OCEAN model from personality psychology. We used the principles of this to quickly create personality profiles and combine them with gifts.

However, in the context of geschenkidee.ch this would not be precise enough. We decided to research what motivates people to make and how they make presents. The two dozen interviews we did gave us interesting insights on the formed the basis for the decision tree we needed to structure the chatbots questions and answers in a meaningful and efficient way. 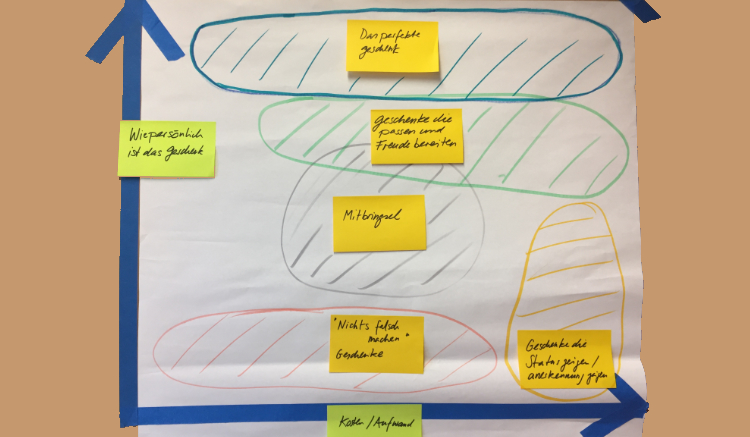 Starting from our own bot we could already build on a working chatbot infrastructure. We were able to create the conversation, create branches in the decision tree and try out different conversation flows without much effort. User tests provided us with important insights into which parts of the conversation worked and which we needed to revise. We also gained important insights into the interaction patterns we used. For example, users had no problems switching between the chatbot conversation and the list of suggestions. 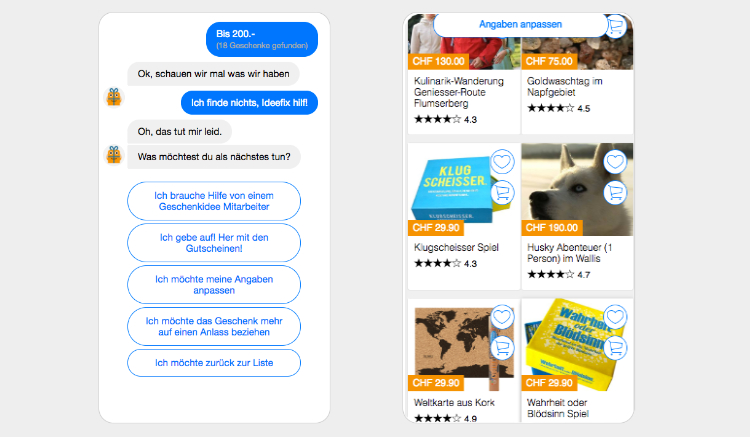